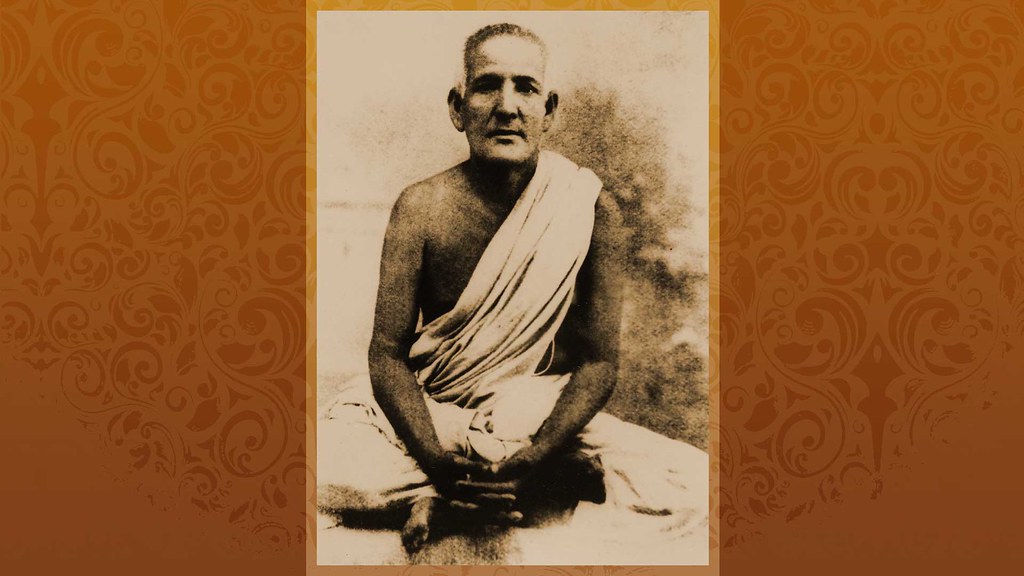 Devendra Nath Majumdar was born in the village of Jagannathpur in the Jessore District of East Bengal (now Bangladesh) on 7 January 1844. His father, Prasanna Nath, died two months before his birth. As a child, he would never utter a falsehood. The death of his elder brother, Surendra, thrust the family into poverty. His work fetched very little money. He was also assailed by doubts about the existence of God.

One day, coming to know of Sri Ramakrishna from a friend, he rushed to Dakshineswar. He was deeply impressed by the Master’s completely artless nature. The next meeting took place in Balaram Bose’s house. Mentally Devendra accepted the Master as his guru, and later came to feel that the Master was with him all the time and watching over him.

Soon he resigned his job and took to a life of intense sadhana. He experienced ecstatic moods. On 6 April 1885, Sri Ramakrishna visited to Devendra’s house along with several devotees.

After the Master’s death, Devendra used to visit the Baranagore Monastery and the Kankurgachi Yogodyana from time to time. He worked in Girish Ghosh’s Minerva Theatre from 1893-1895, but this seemed to lead him astray. So, he gave up the job and suffered from financial distress for a year.

Devendra began to spend his time speaking about Sri Ramakrishna’s life and teachings. He composed several beautiful songs on Sri Ramakrishna which are sung even now.

In February 1902 he, along with some other devotees, rented a house at 39 Dev Lane where they worshipped Sri Ramakrishna and performed Kirtan and meditation. This Institution was called, Sri Ramakrishna Archanalaya. On 8 October 1911, Devendra passed away at the Archanalaya uttering the name of Sri Ramakrishna.