Places to See at Belur Math

Places to See at Belur Math

Belur Math, sprawling over forty acres of land on the western bank of the Hooghly (Ganga), in Howrah district, an hour’s drive from Kolkata, is a place of pilgrimage for people from all over the world professing different religious faiths. Even people not interested in religion come here for the peace it exudes. Belur Math has become the hub of a worldwide spiritual movement known as the Ramakrishna Movement. 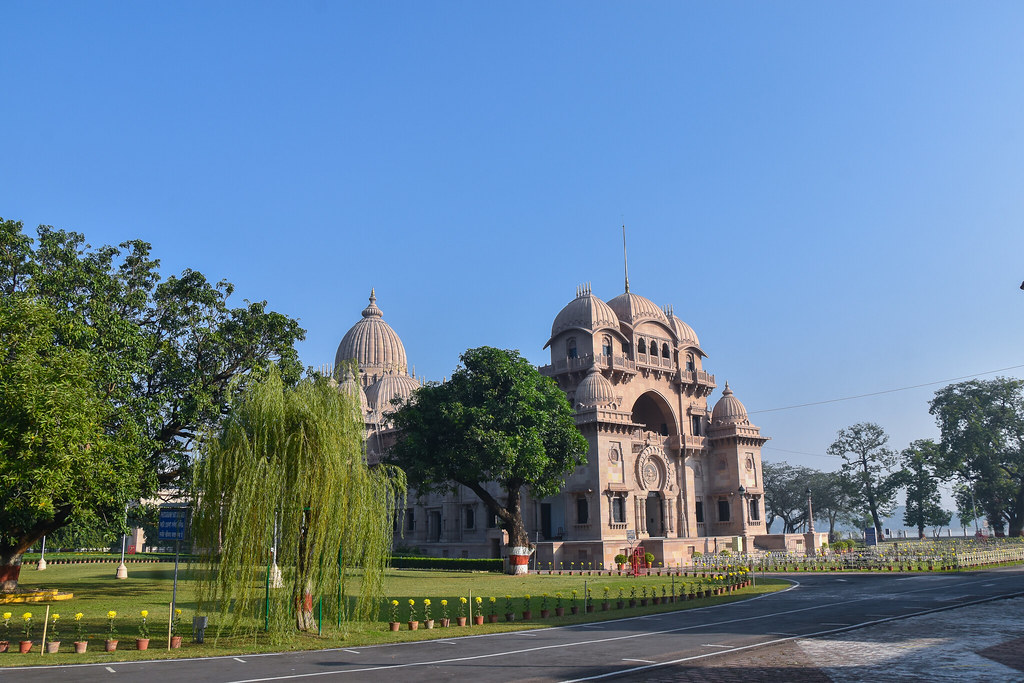 Originally conceived by Swami Vivekananda, this temple was dedicated on 14 January 1938. It enshrines the sacred relics of Sri Ramakrishna. Architecturally, this temple has an important place among the modern temples of India. It incorporates the motifs of various religions, thus symbolizing the harmony of religions taught by Sri Ramakrishna. More … 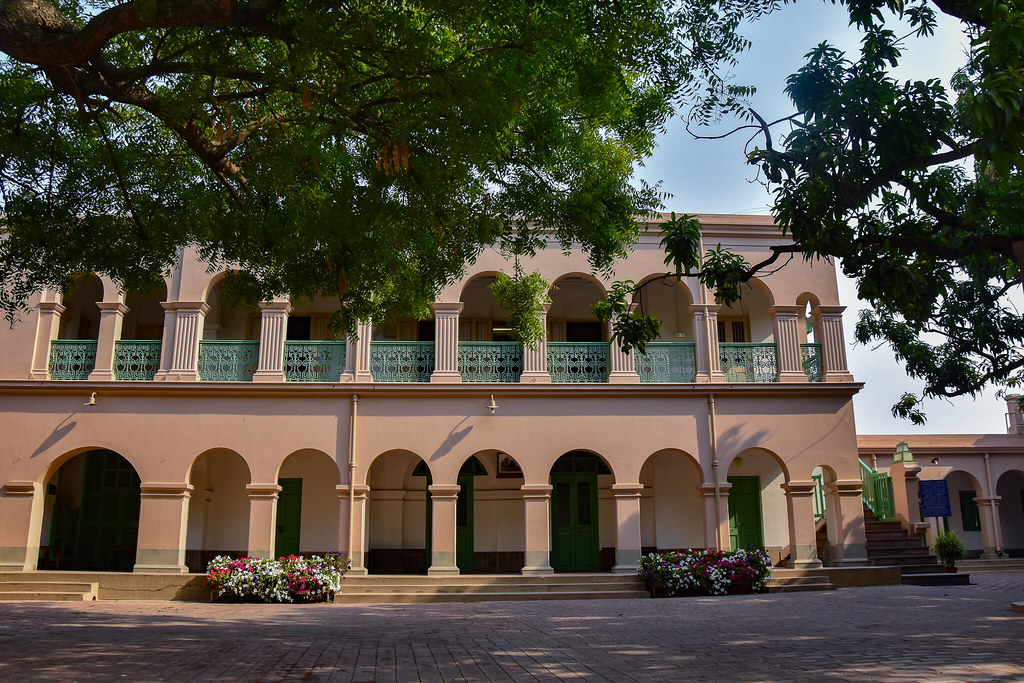 It is situated to the north-east of Sri Ramakrishna Temple. This was the original shrine, where daily worship was conducted from January 1899 till the new temple was consecrated. This shrine awakens the hallowed memory of Swami Vivekananda and other direct disciples of Sri Ramakrishna who used to worship, meditate and sing devotional songs here. More …

To the southeast of the old shrine stands Swami Vivekananda’s room. In this room, the great Swami lived, and here he attained Mahasamadhi on 4 July 1902. Most of the articles preserved in this room were used by him at different places and times. In the courtyard in front of this room stands a mango tree under which Swamiji used to sit on a camp cot and meet visitors and devotees. More … 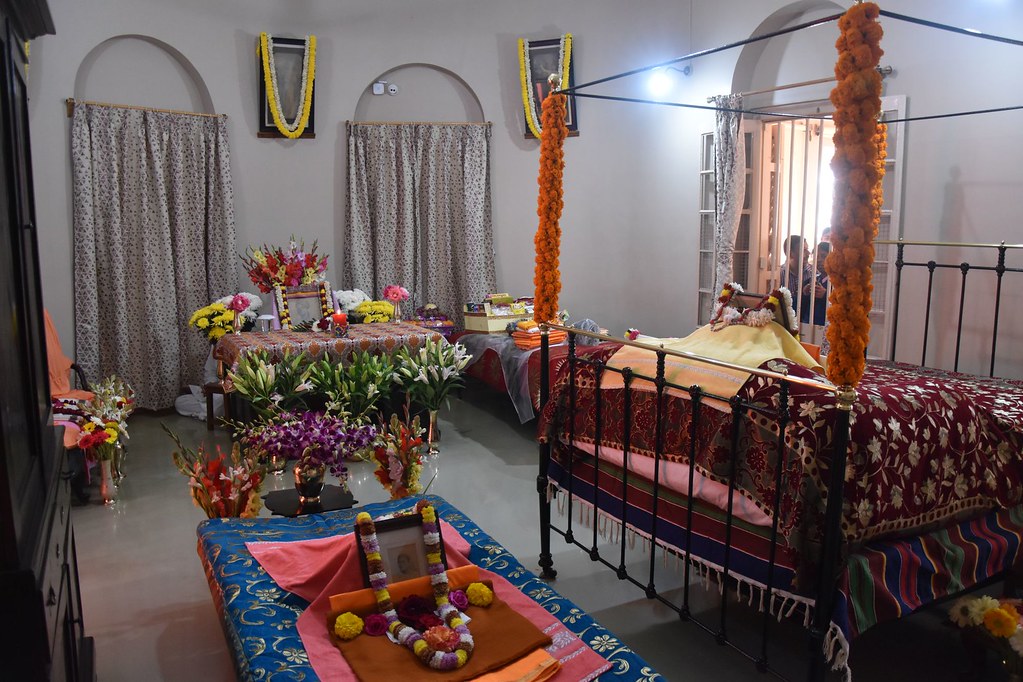 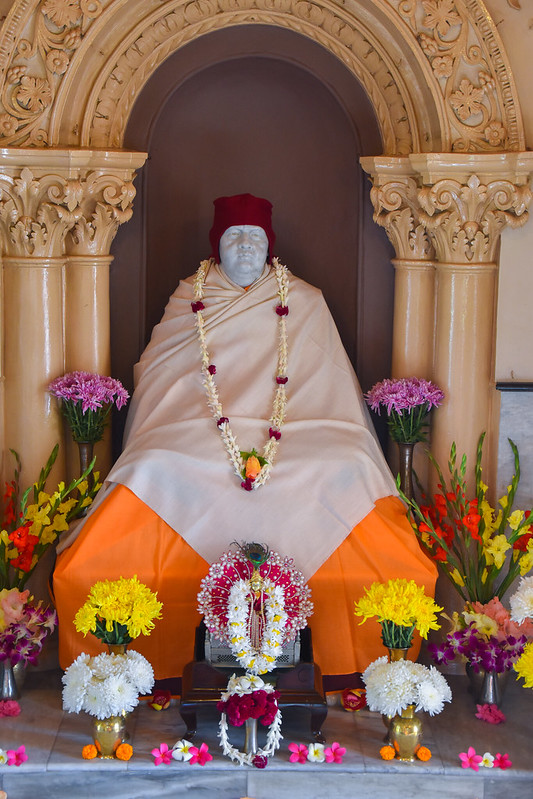 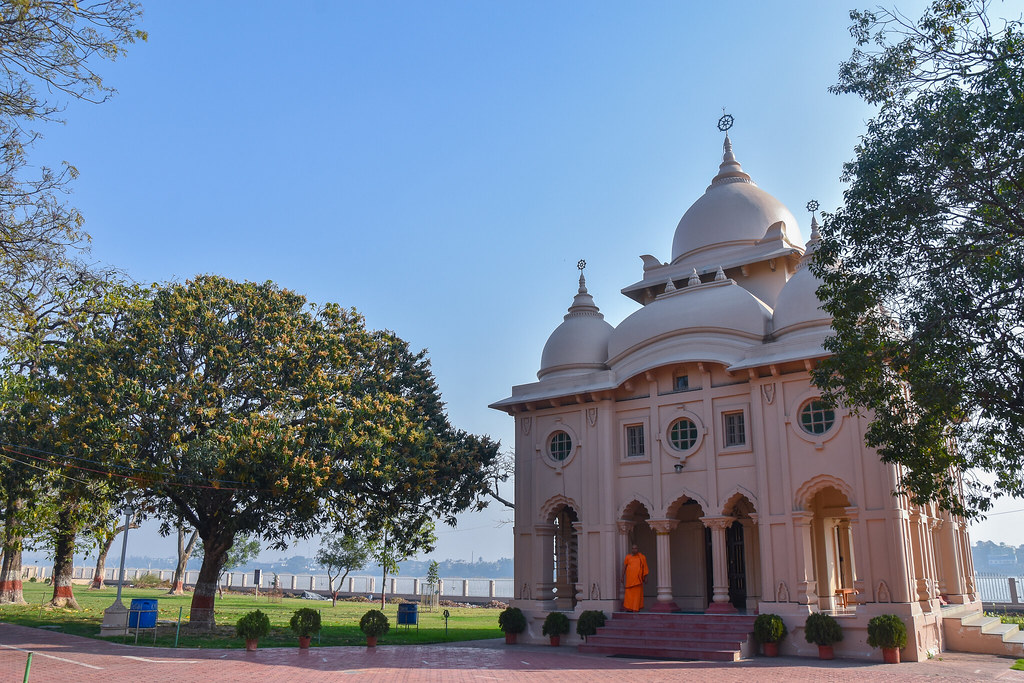 Swami Brahmananda (1863-1922), whose place among the sixteen monastic disciples of Sri Ramakrishna is only next to that of Swami Vivekananda, was the first President of the Math and the Mission. The temple, which stands on the spot where Swami Brahmananda’s body was cremated, was dedicated in 1924. More … 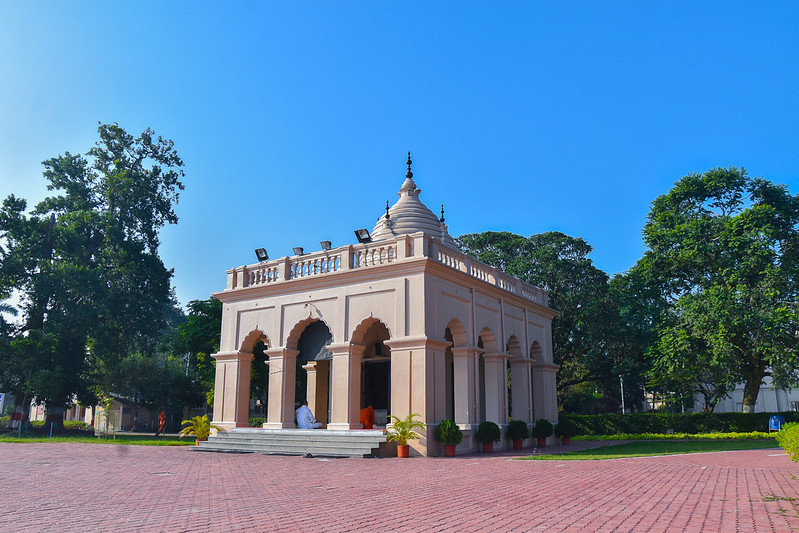 Overlooking the wide bathing ghat stands the temple of Holy Mother Sri Sarada Devi (1853-1920). The temple, built on the spot where her mortal remains were consigned to flames in 1920, was consecrated on 21 December 1921. Since the Mother loved the Ganga, her temple faces this sacred river. More … 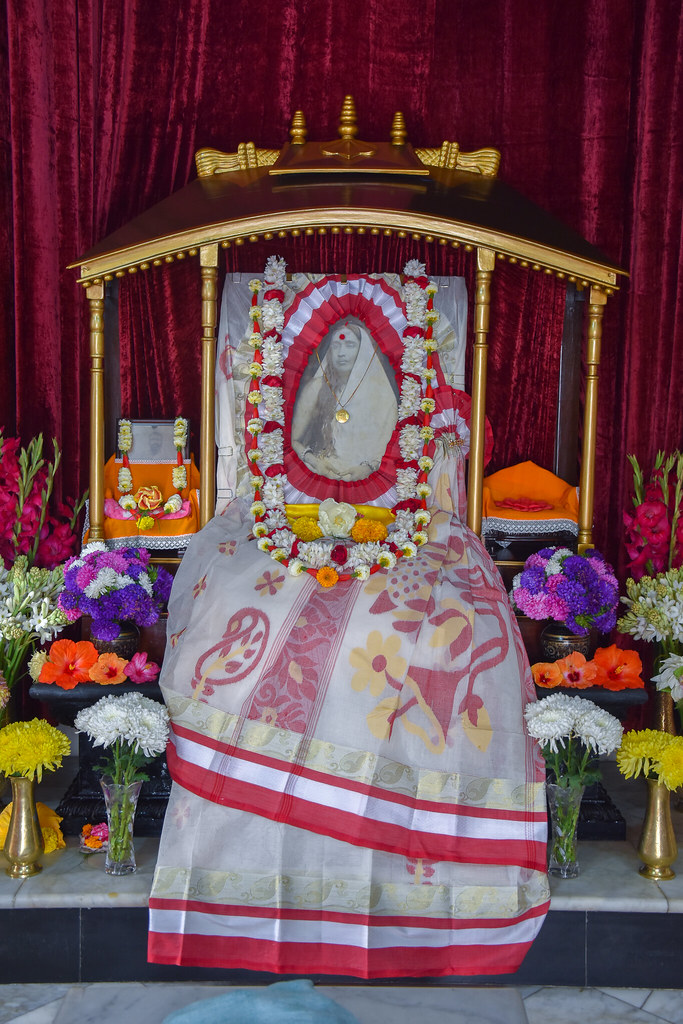 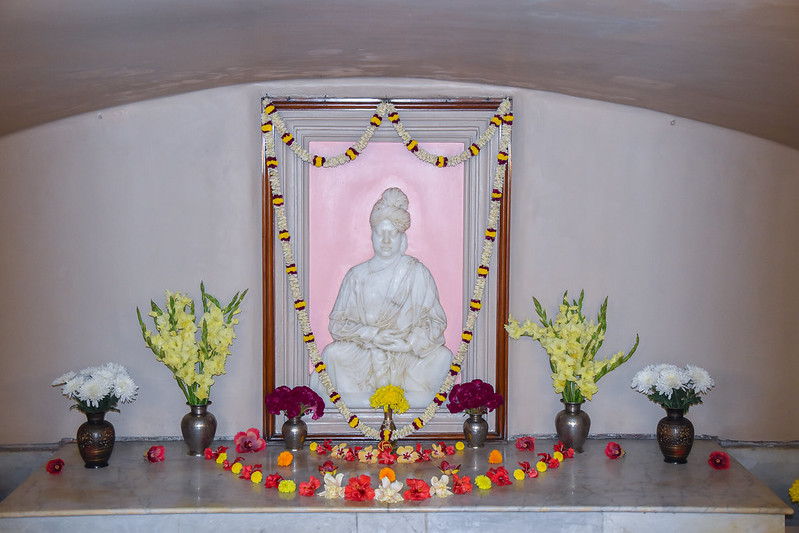 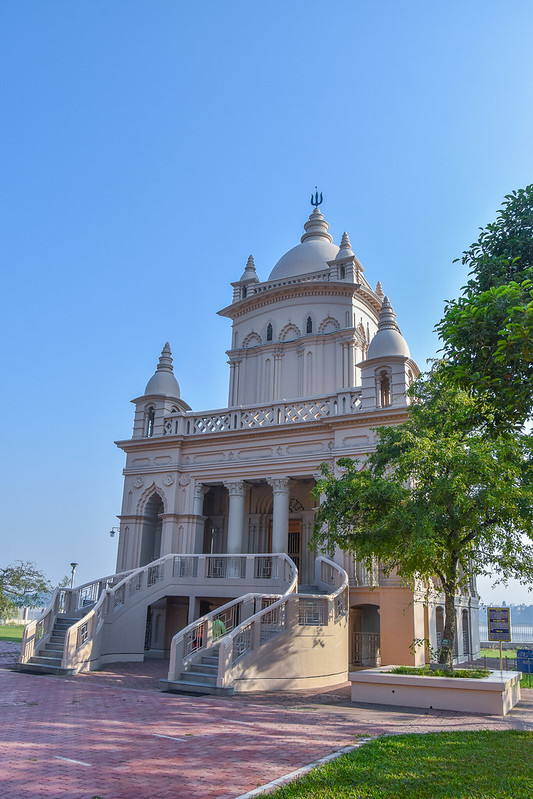 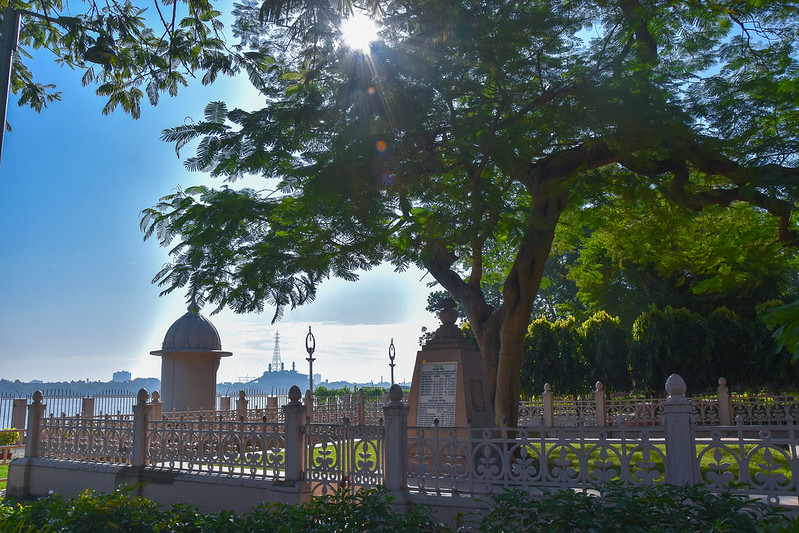 The earthly remains of seven of the sixteen direct monastic disciples of Sri Ramakrishna were cremated here. Their names are engraved on the marble plaque which stands on this spot.