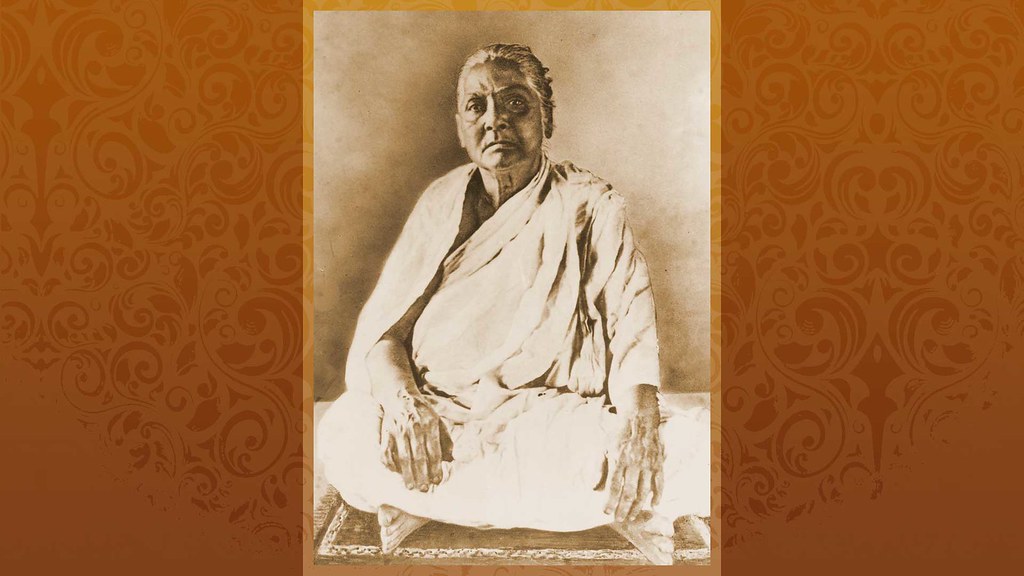 Golap Sundari Devi, known to devotees as Golap-Ma, was born in a brahmin family of North Kolkata, probably in the late 1840’s. She was married off young, but her husband died after a few years, leaving her with two small children, a son and a daughter. Her daughter died prematurely, leaving a void in her life.

Seeing Golap-Ma’s terrible suffering, Yogin-Ma, who was her neighbour, came to her help and took her to Sri Ramakrishna one day in 1885. The Master touched her head, and all grief left her. The Master introduced Golap-Ma to the Holy Mother and told her “Keep your eyes on this brahmin woman. She will live with you permanently.” Golap-Ma was one of Sri Ramakrishna’s main women disciples and she often got the opportunity to render personal service to him. Not only did she carry his food to him, but also cleaned his room. The Master visited her dilapidated house on 28 July 1885.

One important trait of Golap-Ma’s character was that she was not egoistic. Because of her outspoken nature, she was often misunderstood and criticised by other devotees, but she never left the Master or the Holy Mother. After the Master’s passing away, Golap-Ma accompanied Holy Mother to Vrindaban. Later, she became Holy Mother’s constant companion. In Kolkata, she lived with Mother and took charge of running the household.

Holy Mother passed away in 1920 and Golap-Ma lived for four years after that. She died at Udbodhan on 19 December 1924.