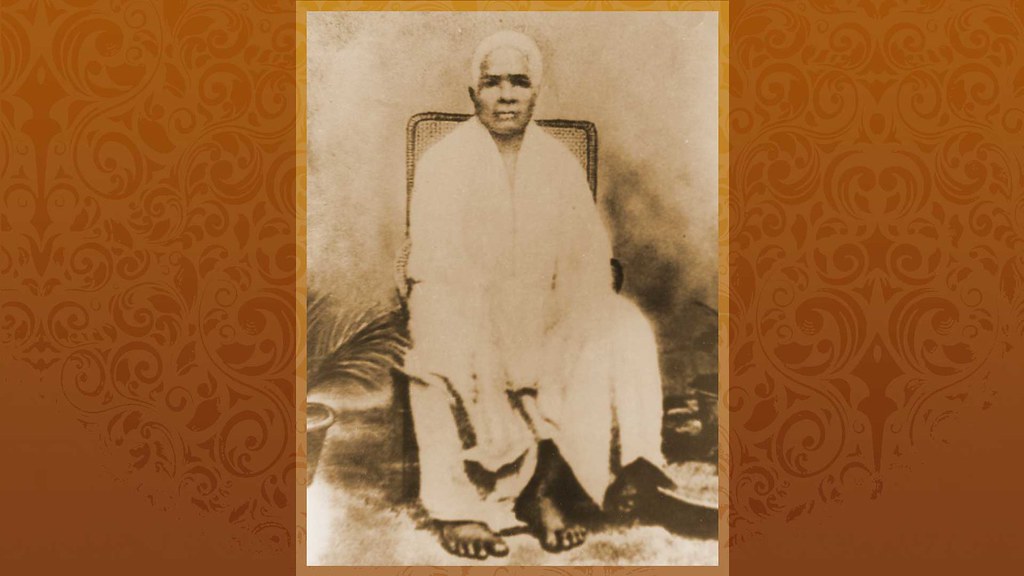 Aghormani Devi (popularly known as Gopaler Ma) was born in a brahmin family in the year 1822 at Kamarhati, a northern suburb of Kolkata. She was a child widow. She was initiated into spiritual life by her husband’s family, with the child Krishna as her Chosen Ideal, and was given the Gopala Mantra. Her love and energy were thus directed towards her beloved Gopala. She sold her jewellery and husband’s property, invested the money she got from it and lived on the interest accruing from it. She shaved her head as was customary amongst widows, and led an intensely contemplative life in a temple garden at Kamarhati. She would rise at two in the morning and continue her spiritual practices till eight. She would then clean the temple and the worship vessels, pick flowers, and make garlands and sandal paste. She would meditate under a Bilva tree after a bath in the Ganga, cook food and offer it to the boy Gopala, partake of the Prasad and then rest a while. She would practise japa again until evening, listen to the vespers, have a simple light supper and then practise japa again until midnight. She followed this routine from 1852 to 1883.

In 1884, she came in contact with Sri Ramakrishna. But whenever she came to Sri Ramakrishna, the latter would say nothing of spiritual matters, but would ask her to bring whatever she had cooked at home for him. This, at times, evoked mixed feelings, but the Master’s pull was too great. In the spring of 1885, she gained a vision of Sri Ramakrishna which melted into the boy Gopala. She started having an uninterrupted vision of her Chosen Deity. Sri Ramakrishna told her that she had attained the goal of her spiritual practices.

After the passing away of Sri Ramakrishna, Gopaler Ma was grief-stricken, but repeated visions of the Master consoled her. She would occasionally visit the Baranagore Monastery. In 1903, she fell seriously ill, but her exalted mood did not wane a whit. During her last days, she was looked after by Sister Nivedita. The end came on 9 July 1906. She was carried to the Ganga, where she breathed her last at dawn, touching the holy waters of the river.