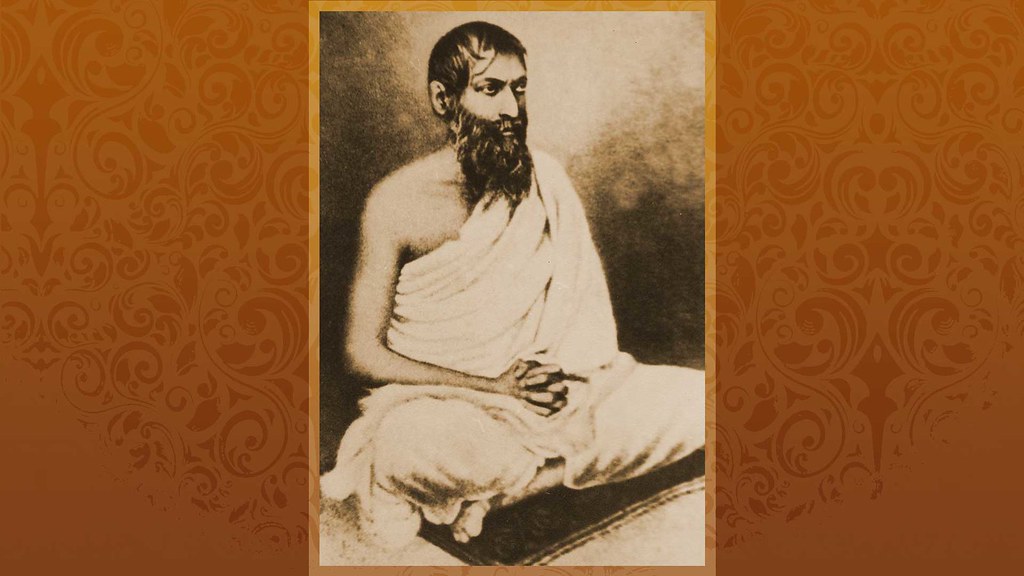 M. was the pen name of Mahendra Nath Gupta. He was born in Kolkata on 14 July 1854. His parents were spiritual minded and he was deeply devoted to his mother. When he was four, he went to the Car Festival at Mahesh with his mother, and visited Dakshineswar on the way back. It is likely that this was the first time that he saw Sri Ramakrishna. From his childhood M. had mystical inclinations. He was a bright student and gained deep knowledge in English literature, Western philosophy and other subjects.

After graduating from college, M. took up the profession of a teacher and served as a head master in several schools. One afternoon, he went for a walk with his nephew Sidhu to the temple garden of Dakshineswar. He was in a depressed frame of mind, but the subsequent meeting with Sri Ramakrishna removed all sadness. On his second visit, he tried to argue with Sri Ramakrishna and got a scolding from the Master. As he described it later, his ego was crushed. At the Master’s instruction, M. practised inner sannyasa, while not being indifferent to his worldly duties and responsibilities.

M. used to note down Sri Ramakrishna’s words in order to think about them in the intervening period before he met him again. Gifted with artistic ability and an accurate memory, he recreated vividly in writing what he had seen or heard in the Master’s presence. After the passing away of Sri Ramakrishna, some of the disciples of the Master asked him to publish the diary, but he was reluctant. Only after Sri Sarada Devi approved it, did he feel that he had divine sanction. The Gospel of Sri Ramakrishna, or Sri Sri Ramakrishna Kathamrita as it is called in Bengali, has not only made M. immortal but it has also become the source of solace and hope for millions today. About the new Gospel, Aldous Huxley remarks in his Foreword: “Never have the casual and unstudied utterances of a great religious teacher been set down with so minute a fidelity”.

M. regularly visited the Baranagore Monastery and supported the monastic disciples in every possible way. On June 4, 1932, M. left his body in full consciousness, uttering “Mother, Gurudeva, take me up in your arms”.