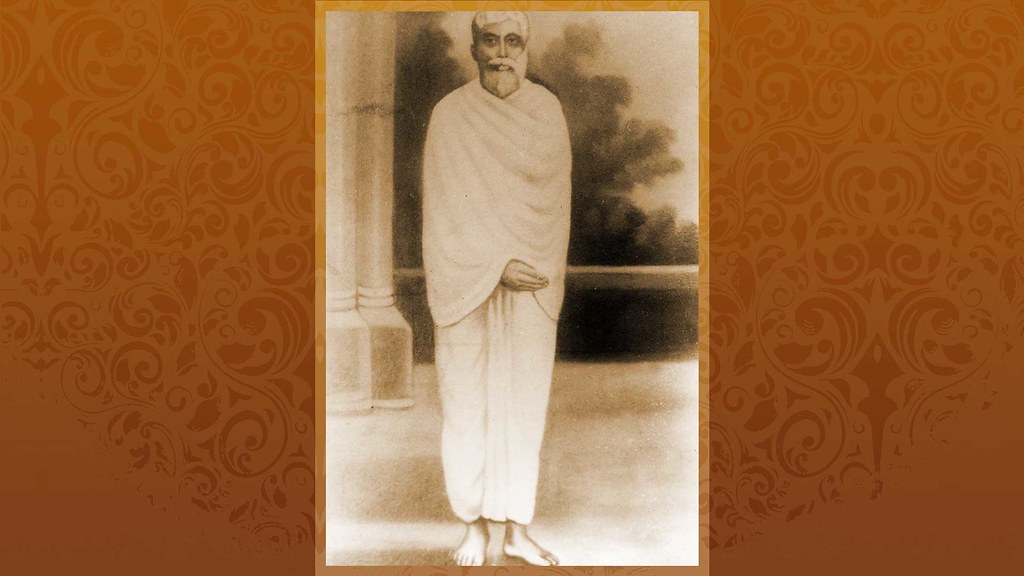 Durga Charan Nag was born on 21 August 1846 at Deobhog, a small village in present Bangladesh. His father was Dindayal Nag. His mother passed away when he was eight, and he was brought up by an affectionate aunt. The latter used to narrate to the boy tales from the Ramayana and the Mahabharata.

In later years, he studied homeopathy under Dr. Behari Lal Bhaduri, a renowned physician of Kolkata. He was very successful as a homeopath. However, he remained unattached, and lust and greed, name and fame, did not taint him.

As years passed, the desire to realize God possessed Nag Mahashay , and one day, with his friend, Suresh, he visited Dakshineswar. The saint of Dakshineswar received them cordially, and at the time of parting said, “Come again. A relationship grows through frequent visits.” Soon after, he felt a tremendous urge to renounce the world, but the Master said in an ecstatic mood, “Remain in the world like the ancient king Janaka unattached. Your life will be an example of how a householder should live.”

Durga Charan could not tolerate worldly talk and his austerity was extreme. After the Master’s death, Nag Mahashay spent most of his time in Deobhog, managing the household and looking after his aged father. He lived a simple, unassuming life, concealing his glowing spirituality under a veil of great humility.

His reputation as a holy man spread. However, he did not initiate anybody. Barely three years after his father’s death Nag Mahashay came down with colic and dysentery which proved to be fatal. The last few days of his life, he frequently he used to be in samadhi. On 27 December 1899 he passed into maha samadhi.