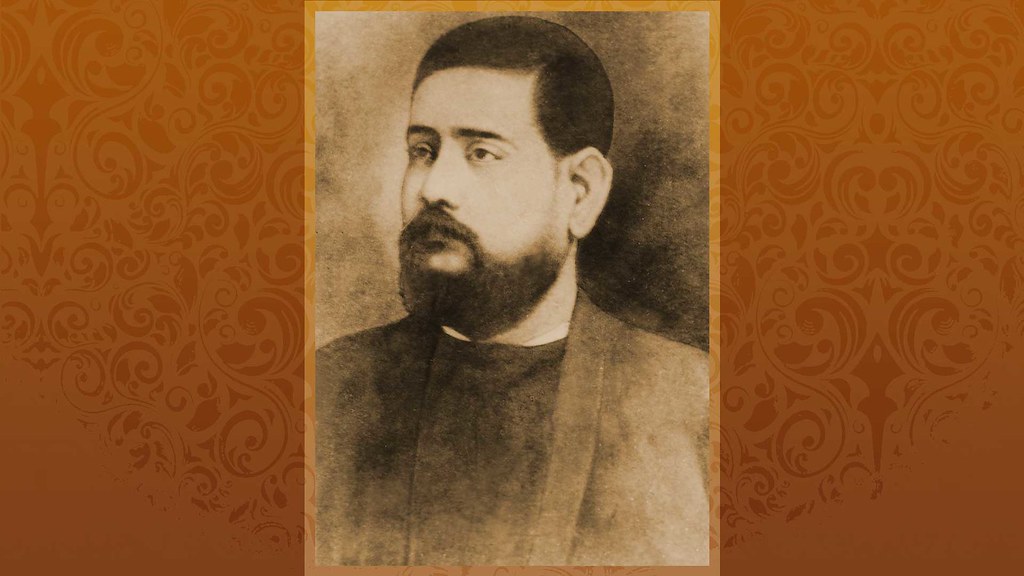 Ram Chandra Datta was born in Kolkata on 30 October 1851. His father, Nrisimha Prasad Datta, was devoted to Krishna, and his mother, Tulasimani, was known for her piety and kindness. Ram’s mother died when he was only two and a half. His favourite pastime during childhood was the worship of Krishna. He would also visit a hermitage near his home, where he came in contact with several monks.

As he grew up, Ram became greatly interested in science, and studied chemistry. He later succeeded in extracting an antidote for blood dysentery from an indigenous medicinal plant. As a result, he was appointed a member of the Chemist Association of England. However, his ardour for science promoted free-thinking, and as is often wont, he became an atheist. The untimely death of his daughter, however, changed all this.

On 13 November 1879, he visited Dakshineswar with Gopal Chandra Mitra and Manomohan Mitra. This was his first visit to Sri Ramakrishna. From the beginning, Sri Ramakrishna made Ram his own and enquired about his personal life and mental conflicts. In response to Ram’s questions, Sri Ramakrishna said, “God really exists. You do not see any stars during the day, but that does not mean that the stars do not exist…Make your mind like a fishing-rod and your life-force or Prana, like a hook. Your devotion and your japa are like the bait. Eventually you will be blessed by the vision of God.” As days went by, Ram’s scepticism gave way to faith. He surrendered himself spiritually to Sri Ramakrishna. He would arrange Kirtan (devotional singing) in his home in the company of devotees of Sri Ramakrishna.

In 1883, he bought a Garden House at a secluded place known as ‘Kankurgachi’ with the idea of leading a contemplative life there. He named it, “Yogodyana”. Ramakrishna visited that place on 26 December 1883. After Sri Ramakrishna’s passing away, a part of his relics was installed at the Kankurgachi Yogodyana on the holy day of Janmashtami. Ram was the first person to publish a biography of Sri Ramakrishna, and to build a temple for him.

On 17 January 1899, Ram breathed his last. His relics are placed next to Sri Ramakrishna’s temple at Yogodyana.