Baburam first heard about Sri Ramakrishna from the great devotee Balaram Bose to whom his elder sister was married. While studying at the Metropolitan Institution, Rakhal (later known as Swami Brahmananda) was his classmate. One day Rakhal took Baburam to Dakshineswar. Sri Ramakrishna recognized Baburam to be an extraordinarily pure soul (“pure to the marrow of his bones”), an ishvarakoti. Soon Baburam lost interest in his studies and came to live with Sri Ramakrishna as his attendant. During the Master’s last illness at Cossipore, Baburam was one among those who nursed him round the clock. After the Master’s passing, when the new Monastic brotherhood was formed at Baranagar, Baburam joined it. 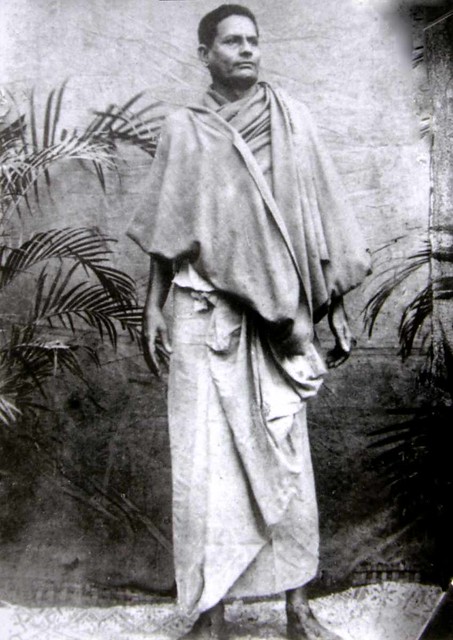 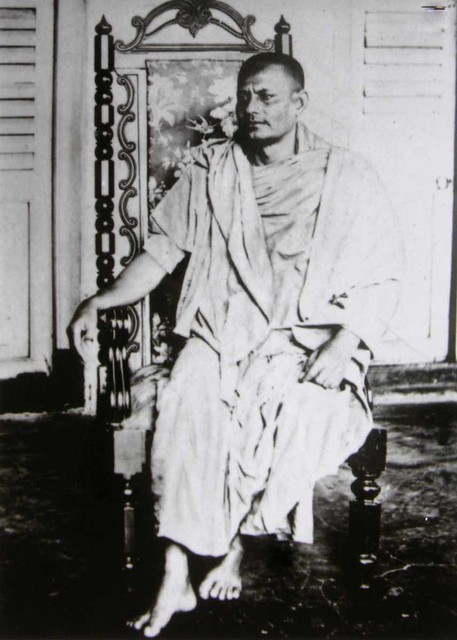 He underwent sannyasa ordination and assumed the name Premananda. Except for short pilgrimages, he spent his days mainly at the monastery when it was in Baranagar and also when it was shifted to Alambazar. When Belur Math was established, Swami Premananda took charge of worship in the shrine. Later he became the Manager of the Math. The pure unconditional love that he radiated exerted tremendous influence on those who came into contact with him, and hundreds of devotees flocked to see him. He had a motherly interest in feeding people, but he also inspired them with his spiritual exhortations which flowed out from the depths of his heart. Towards the end of his life he went on a tour of East Bengal. There his radiant personality and inspired talks created great enthusiasm, particularly among the youth. On his return, he fell seriously ill, and passed away at Balaram Babu’s house on 30 July 1918.