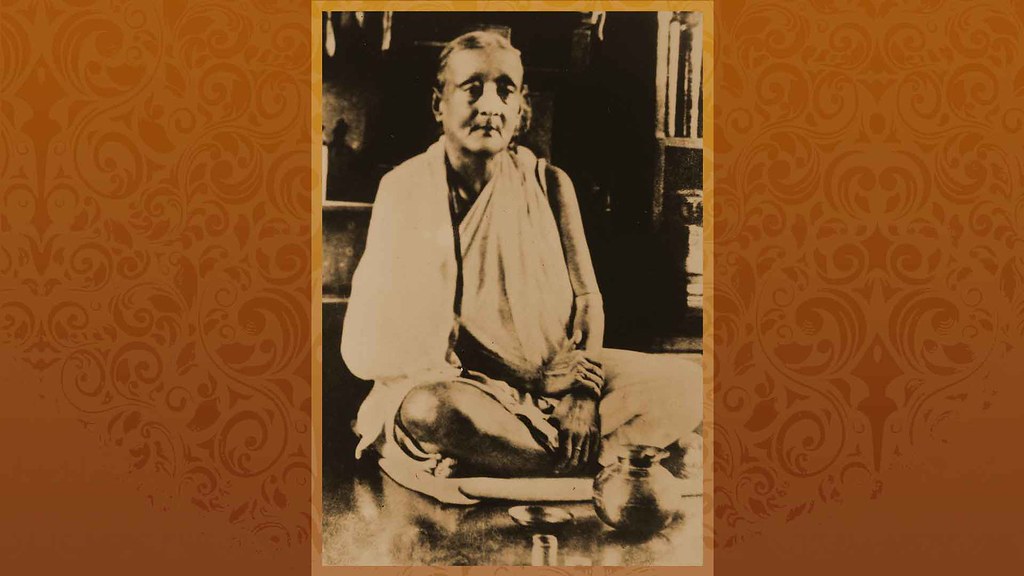 Yogindra Mohini Mitra, or “Yogin-Ma”, as she was known to the devotees of Sri Ramakrishna, was born on 16 January 1851 at Baghbazar in North Kolkata. Her father, Prasanna Kumar Mitra, was a well-known physician. When she was seven, she was married to Ambika Charan Biswas. The latter turned out to be a libertine, and Yogin-Ma returned with her daughter to her parents’ place.

In 1882, Yogin-Ma met Sri Ramakrishna for the first time at Balaram Bose’s house. She would bring him various dishes prepared by herself, which Sri Ramakrishna would eat with much relish.

Yogin-Ma had been initiated into a Devi Mantra. The master confirmed this and asked her to keep repeating it. Yogin-Ma soon met the Holy Mother Sarada Devi, and the two were immediately drawn towards each other.

In the middle of 1885, Yogin-Ma and a few other women devotees went to the Car Festival at Panihati and watched the Master as he danced among the huge crowd. Yogin-Ma used to say that the women used to feel that the Master was one of them and that they never felt any shyness in his presence. She took the Master’s permission and went to Vrindaban to spend her days in austerity. She came to know of the Master’s death from the Holy Mother while in Vrindaban. She became a close companion of Holy Mother. Whenever Holy Mother visited Kolkata, Yogin Ma would go to Mother’s house every day and do household work there.

Yogin-Ma used to look upon the disciples of Sri Ramakrishna as her own children. On 20 November 1900, she underwent Purna–Abhisheka, a special Tantric Rite. Later, she was initiated into Vedic sannyasa by Swami Saradananda in Puri. The latter consulted her before beginning his monumental work, Sri Sri Ramakrishna Lila-prasanga in 1909.

On 4 June 1924 at 10:25 p.m. Yogin-Ma passed away at Udbodhan, next to the room where the Holy Mother had lived. The Holy Mother used to describe her as one of her two eternal companions (the other being, Golap-Ma).